New General Manager for The Boardwalk

New General Manager for The Boardwalk 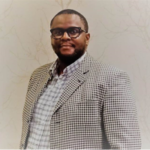 Sun International has announced that Tati Tsunke has been appointed the General Manager of The Boardwalk in Port Elizabeth, effective 1 November 2020. He will report to the Chief Operating Officer: Hospitality and Resorts.

Tsunke was the Human Resources Manager at Time Square Casino in Pretoria for the past two years.

He joined Sun International in October 2016 as the HR Manager at Sun City Resort and has a longstanding career in Human Resources, with the largest part spent in the gaming and hospitality industry.

Tsunke has a BA in Industrial Sociology, obtained in 1998, a Post Graduate Diploma in Human Resources, and an Advanced Diploma in Labour Law, completed in 2004.

Go to Source
New General Manager for The Boardwalk