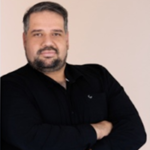 Heading up the team at the new Vïb Cape Town, which is the first Vïb by Best Western in the southern hemisphere, is first-time General Manager, Niall Bruyns.

Upon graduation, Niall joined the City Lodge group for 18 months, after which, he spent the bulk of his career in Executive Management roles in small, 4-star leisure properties. These include the V&A Hotel, The Cape Milner Hotel and Winchester Mansions.

Niall then joined the team at the Westin as Director of Food and Beverage, switching focus to a large 5-star corporate. In addition to playing an active role within the industry, Niall has a great passion for training and development and spent three years lecturing hospitality management part-time at a tertiary level.