Business travel in Africa: a road to recovery?

Business travel in Africa: a road to recovery? 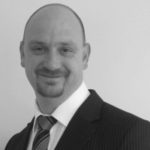 After months of shutdown and remote working, the reopening of African borders for business travel, as discussed in my last article (see story here), was a gratifying development for multinationals and large enterprises, allowing businesses to embark on the road to recovery by resuming on-site operations and reconnecting with their offices around Africa. The road to recovery is, of course, a challenging and unpredictable one though.

A global ‘State of the Market’ report recently released by Corporate Traveller, indicates travel budgets are expected to drop by 18% globally in 2021. The overall future demand for travel will also be weaker, with 31% of corporations foreseeing a decrease in travel budgets. On the positive side, however, the report revealed that half of customers (50%) have reignited their travel programme to some extent since August 2020.

This is already being witnessed in several African countries where domestic and regional African business is beginning to show increased strength, likely due to the relatively swift reopening of borders and the fact that most countries in Africa, with the exception of South Africa, were only mildly impacted by the Coronavirus.

It is understandable too that intra-continental travellers are likely to feel more confident travelling regionally than internationally given resurging coronavirus cases in several European countries, as well as the massive increase in virus cases in the USA. This sentiment is expected to last for some time to come.

Though domestic business travel trends in cities across the continent are hard to track, an assessment of occupancy levels in key African cities reveals that, despite more rooms re-opening, occupancy levels are also increasing, albeit it off a distinctly low base.

Other cities showing a recovering trend include Lagos, Nigeria (Radisson’s hotels in Lagos have spent most of this year running at occupancy levels similar to last year’s, according to Tim Cordon, Radisson’s VP for Middle East and Africa) and Addis Ababa, Ethiopia – although the latter’s ‘regional hub’ status drives a high degree of the current room night demand.

Whilst these figures remain well below the norm’, rising occupancy rates coupled with increased room availability indicates the green shoots of recovery, and discussions with hoteliers clearly indicate that it is domestic travel driving demand in the market, particularly given the current dearth of international travellers.

Major hotel chains, from Marriott International to Radisson Hotel Group and Paris-based Accor, Europe’s largest hotel company, say their African businesses are not only holding up, they are determined to stay on track with, if not grow, their footprints.

Theses companies see sub-Saharan Africa as underserved and underdeveloped in terms of hotels, and predict that demand for both business and leisure travel will continue to grow once the pandemic abates.

Andrew McLachlan, MD of Development for sub-Saharan Africa at Hilton, which has 25 operational hotels and 41 hotels under development in the region, says the company’s interest is being sustained partly because the continent’s hospitality sector remains underdeveloped in terms of expected future demand compared with other parts of the world.

Marriott Group plans to add more than 30 properties and 5,000 rooms across sub-Saharan Africa by 2025, adding to its current portfolio of more than 100 hotels.

Radisson Hotels has about 50 hotels in 32 countries in sub-Saharan Africa and plans to open 50 more, including a hotel in Johannesburg and another in Bamako, Mali, before the end of this year.

Accor plans to open 34 hotels (to add to its current footprint of 70) in the next 36 months in sub-Saharan Africa, in countries like Ethiopia, Ivory Coast and Rwanda.

A volatile process with airlines

Going forward, affordability of flights combined with traveller confidence and discretionary budgets will be determining factors when it comes to airline recovery and international leisure and business travel pick-up. Attempting to decipher the demand, traveller confidence and predict future government restrictions is a tough ask, with many factors and scenarios in flux or changing daily.

Continued financial and regulatory support, particularly financial relief (that does not increase industry debt levels) through direct cash injections, credit or loans and deferrals or discounts on user charges are essential to support airlines over this restart and recovery period.

Whilst a few African governments have provided relief to aviation so far – Rwanda, Senegal, Côte d’Ivoire, Burkina Faso and recently Cabo Verde – continued relief measures are essential to minimise job losses and ensure that connectivity can be restored and that already stressed airline balance sheets are not weakened further.

Global hotel rates are expected to drop by 4,5%, while in Africa we can foresee a drop of 3% in hotel rates. This has, for the first time in 10 years, created a ‘buyers’ market’ with hotels offering a combination of fixed negotiated rates and dynamic discount rates.

Despite the temporary drop in hotel rates though, many companies are anticipating travel costs to rise incrementally into next year as airlines and hotels try to recover losses incurred during 2020. It’s therefore not surprising that travel managers rank travel budgets as their second priority for the future after traveller safety. Travel budgets will undoubtedly remain tight for most companies for the foreseeable future.

Investors and hotel owners remain optimistic on the medium to long-term view for the African hospitality sector. As a case in point, there are currently 21 projects underway, which would result in 2,946 hotel rooms in 15 African countries scheduled to debut this year. With 15 hotel deals signed during lockdown period alone and the announcement of 10 new signings for operators like Radisson, investor confidence remains strong.

There is no doubt that the next two years will prove challenging as the ‘global travel machine’ gradually begins to restart. Whilst key markets are not thriving, many continue surviving and, during such chaotic and unexpected times, this in itself is positive! Ultimately, the reset button has been pushed, strategies have been developed and business efficiencies identified. Africa is now ready and waiting to capitalise on the opportunities that the new, and hopefully improved, tourism environment will have to offer.

Go to Source
Business travel in Africa: a road to recovery?