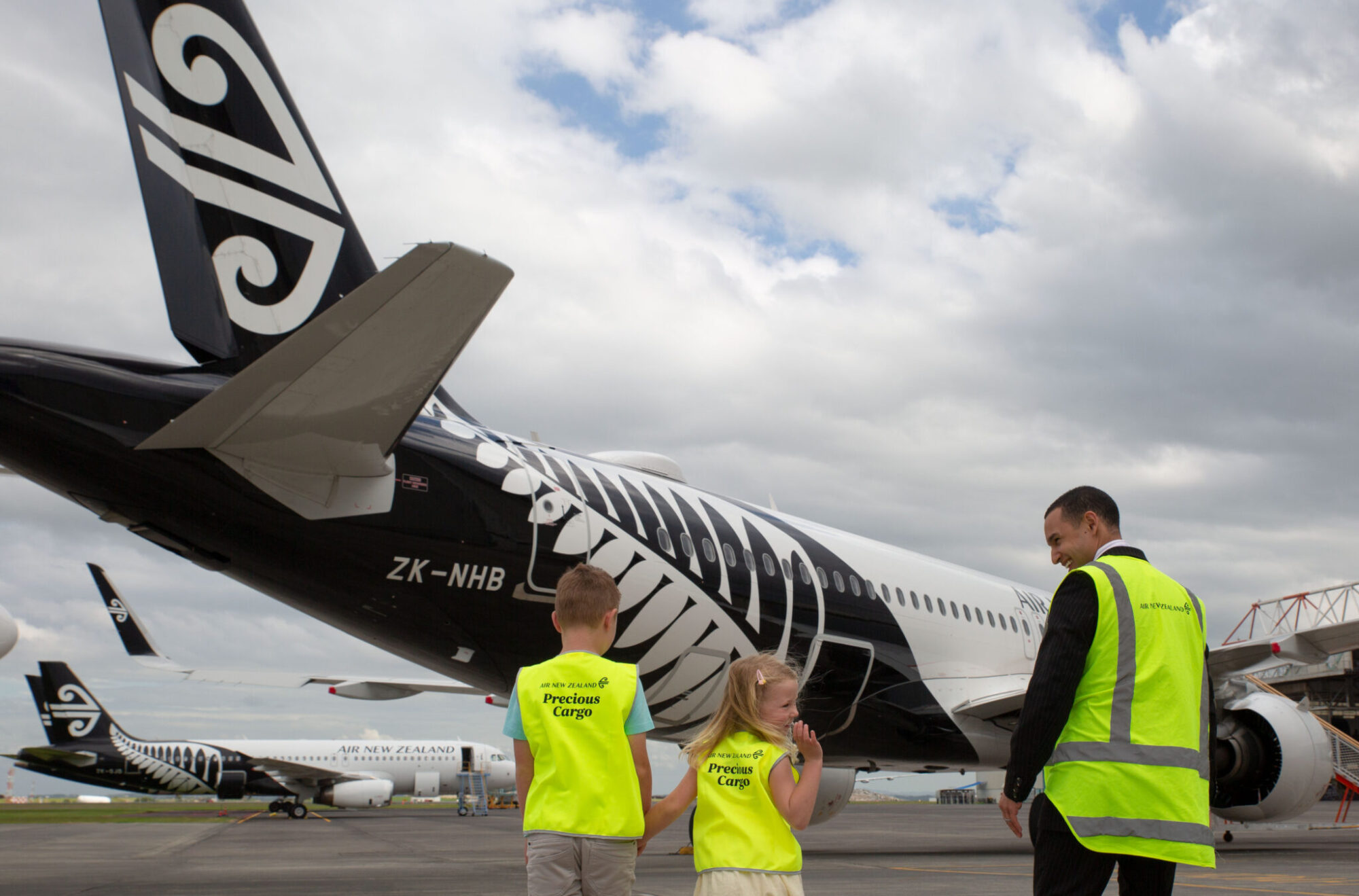 Air New Zealand has set up a dedicated team to look after the unprecedented number of unaccompanied minors expected to travel domestically to and from Auckland this summer. The airline is expecting around 10,000 unaccompanied minors to travel on its domestic network between mid-December and mid-February with the majority flying to and from Auckland.

Air New Zealand chief customer and sales officer Leanne Geraghty says the airline has been looking at ways to make its unaccompanied minor service even better, particularly at peak times such as school holidays which is when 80 percent of young people fly alone.

“We have our award-wining Airband which children travelling alone with us receive at check-in as part of the service, with the wristband which is embedded with a chip scanned at key stages of the journey to trigger text notifications giving parents and guardians the opportunity to follow the steps in their young ones’ trip – but we want to give caregivers further piece of mind. While we have always had staff looking after unaccompanied minors on their journey, given the huge number of unaccompanied minors we have travelling with us between December and February every year, we think it’s important to have a group of staff solely focused on unaccompanied minors,” Geraghty added.

The dedicated team will be in place at the domestic terminal at Auckland Airport from 14 December through until mid-February with the airline looking to have further dedicated teams in place across its other domestic ports in time for the April school holidays in 2021.