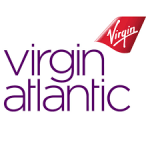 Virgin Atlantic has announced the reintroduction of Cape Town to London Heathrow with the seasonal service taking to the skies from October 2020 onwards. The route will add over 80,000 seats between Cape Town and London.

The seasonal service launches on 25 October and will complement the existing daily A350 service flying between Johannesburg and London Heathrow.

Flight VS478 will operate as a night flight departing Heathrow at 16h20 arriving into Cape Town at 05h55 whereas the inbound flight, VS479, will depart at 08h00 landing later that day at 18h00.