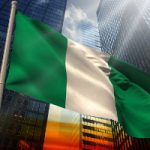 Business in Nigeria is on the rise and foreign investors are taking notice. The country made a significant jump of 15 places from 146 to 131 on the World Bank’s 2020 Doing Business Index.

Nigerian President Muhammadu Buhari recently stated that the country has been “recognised as one of the most improved economies in the world for running a business” and has “steadily returned to the path of growth”.

Speaking at the 2019 National Productivity Day ceremony, President Buhari said that the country was previously largely reliant on revenue from the oil sector, but “economic diversification programmes are yielding positive results”.

He noted that ease of doing business policies and programmes are already impacting businesses, in particular those in key sectors including manufacturing, mining and agriculture. Buhari commented further that “massive investments” have been made in power, rail and road.

“Boosting business in Nigeria, and improving infrastructure, is the key to increasing job creation and improving the economy,” says Paul Umoh, Executive Director West Africa for BON Hotels. “There has also been huge foreign investment in the hospitality industry, with more to come.

“Tourism is a major contributor to the economy in Nigeria, having grown exponentially in recent years. In 2017, tourism statistics reflected growth of 140.2% from 2016. And from 2015 to 2016, a 130.3% increase was seen. Two years prior, the statistics were in decline. Now, however, more people are visiting the country for business and leisure, and investors are seeing the increased potential in the region.”

In 2017, according to the National Bureau of Statistics (NBS), tourism accounted for 34% of Nigeria’s GDP and 20% of the country’s employment creation.

Major investment is being made in the hospitality industry throughout Africa, in fact, according to the Africa hotel projects overview construction report (published in December 2019), with a pipeline of 282 projects across the continent amounting to more than 60,000 rooms.

The report looks at statistics and projections from the Top Hotel Construction database and outlines key growth markets across the African region. And Nigeria is no exception to this hospitality industry boom, placing third on the report behind Egypt (with 52 projects) and Morocco (with 32 projects).

In Nigeria, there are currently 26 major developments in the pipeline including nine in the capital of Abuja.

“These statistics show healthy growth in the hospitality industry throughout Africa. Now is a good time for African tourism businesses to be investing in Africa. The BON Hotels group, for example, is expanding across the continent,” says Umoh.

According to the Brookings Institution, consumer spending on tourism, hospitality, and recreation in Africa is projected to reach about $261,77 billion by 2030. This is $137,87 billion more than in 2015. Nigeria will no doubt be a beneficiary of this spend.

South African-based hospitality company BON Hotels, which was recently acquired by ONOMO Hotels, has an existing footprint of 4300 rooms across 15 countries and a combined employee base of more than 2,000 people. An additional 3,000 rooms in the pipeline in Africa will create thousands more work opportunities and significantly boost tourism.

In Nigeria, the hotel group is planning 22 hotels and residences over the next few years, in major cities like Lagos, Abuja and Port Harcourt, and in secondary towns and cities such as Kano, Yola, Kebbi, Ekiti, Ibadanwarri, Enugu, Asaba, Owerri, and Awka. This is in addition to 10 existing operational BON Hotels in the country.

“The hospitality industry in Nigeria has predominantly been concentrated in larger cities such as Lagos and Abuja. By expanding into smaller cities across multiple regions, we will dramatically increase the potential for business and leisure travel throughout the country,” explains Umoh.

“Big international names in the hospitality industry are realising the growth potential in Africa. By expanding our own footprint throughout Africa, we can create capacity to attract more business and leisure tourism ‒ improving the economy and uplifting local communities. With this capital being invested in Nigeria, and throughout Africa, the growing tourism sector means a long-term boost for business.”