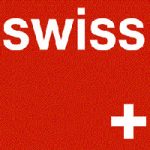 SWISS has newly equipped the cabins of its five Airbus A340 aircraft with the first, business and economy class seats already featured on its Boeing 777s, together with a new inflight entertainment system that includes internet connectivity.

Passengers also enjoy a new cabin lighting concept on the refurbished A340 fleet.

SWISS operates its Airbus A340s on services between Zurich and Boston, Johannesburg and Shanghai.

The A340 will also be deployed on SWISS’s new Zurich-Osaka (Japan) route, on which service will commence on 1 March.