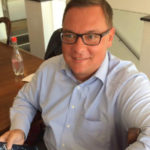 By his own admission, it was a pretty rocky start for Schulz in South Africa in mid-2015, as the local face of Lufthansa’s controversial decision to add a surcharge to GDS bookings and drive customers directly to their channels.

But, nearly five years later he’s a popular member of the South African travel industry and proud of what the Lufthansa Group – covering Lufthansa, SWISS, Austrian Airlines, Edelweiss and Eurowings – has achieved on his watch.

That includes, according to Schulz, daily Lufthansa flights from Frankfurt to Johannesburg – now using the more efficient Boeing 747-8, as opposed to the A380.

“The passenger mix on the 747-8 is much better and better suited to the South African market than it was on the A380,” says Schulz. “We had high seat load factors on the A380 and it was incredibly popular, but the yield is better on the 747-8, due to a greater focus on the premium classes. Getting an aircraft full is the easy job, but getting it full with a proper commercially-viable yield, well, that’s the magic. That obviously works better on the 747-8 than the A380.”

This takes our conversation in a different direction, as I push Schulz on the complexities of running an airline – or multiple airlines in the case of the Lufthansa Group – taking into account fuel costs, aircraft efficiency, staff count, distribution, technology etc.

A topical subject, if one takes into account the troubles at SAA.

“Travel is a sexy industry, but if you look at the commercial side of things and the margins for airlines, and the billions of euros in assets that we are flying all round the world, every day, what ends up in your cash box at the end of the day is quite disappointing, actually, from a pure financial point of view,” says Schulz. “It’s a difficult environment and there aren’t too many cost factors you can influence, like airport fees and taxes, where you are negotiating with monopolies.”

By way of example, he cites the recent attacks in Saudi Arabia and its influence on the global oil price.

Nonetheless, airlines plough on, with a close eye on where the opportunity is at any given time, with regards new routes and products.

In that regard, the past few years have also seen the Lufthansa Group launch a new SWISS product on the A340 out of Johannesburg and double its Cape Town capacity, including launching a year-round direct Lufthansa Frankfurt service, increasing the frequency of the Edelweiss service, and launching Austrian Airlines as a completely new brand.

“We’ve seen a nice growth story in the last four years and we are now very well established in the South African market,” says Schulz. “As a result, we are pretty close to maximum, in terms of the South Africa-Germany bilateral air service agreement.”

Looking at the rest of southern Africa, the Lufthansa Group has also produced a Frankfurt- Windhoek route for Eurowings and launched Mauritius flights for Lufthansa, Austrian Airlines, Edelweiss and Eurowings.

So, Schulz believes it’s a good time for him to take up a new challenge, but not before I push him on SAA and the issue of national airlines, which he is obviously well-versed in.

Lufthansa is a long-standing codeshare partner of SAA, stretching back to 1996, so Schulz is a little hamstrung, in terms of leeway to comment, but he does have some interesting thoughts on the issue of national airlines in general.

“The airline industry is a very emotional industry – you’re carrying the pride of your nation to the world,” he says. “So, it’s not always rational, and it’s a tough industry, with a lot of pressure on the cost side of things. There’s this emotional component that doesn’t always allow for a commercially-rational scenario.”

And with that, he’s off to East Africa, where he believes he will be going into a less developed, but more dynamic, environment.

Go to Source
On his way