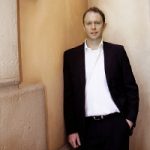 Future Group has announced the departure of Dylan Rogers as editor of Business Traveller Africa magazine.

That’s after informing publisher Richard Lendrum of his intentions to pursue more personal projects towards the end of last year.

“Dylan joined us with little or no experience in the travel industry, but with a strong background in news and content,” says Lendrum. “But he quickly got to grips with the intricacies of the South African travel market, as well as embracing the client-facing aspect I envisioned for the role. As a result, Business Traveller Africa was able to enjoy some of its most commercially-successful years under his stewardship.”

“I’m incredibly proud of what we’ve achieved over the past nine years and I look back fondly on the relationships I’ve built in the South African travel space, which has provided me with the opportunity to understand the various players – big and small – and tailor marketing solutions that have delivered tangible value,” says Rogers. “This has been a real privilege and given me a different take on what makes for commercially-attractive content.”

Kate Kennedy – who has worked as a journalist on Business Traveller Africa for the past six years – takes over from Rogers, who will be pursuing a number of projects in the content space, including continuing his role as contributor and sports anchor on Hot919’s Big Jo’burg Drive.

Go to Source
Change of editorship at Business Traveller Africa