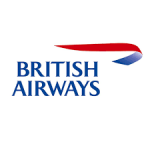 The three new services will start on 30 March and will operate until 19 April.

The news comes a week after the airline announced it would be increasing its services from Gatwick to Cape Town from three to five a week from January 2021. (See story here)

British Airways is the only airline to offer year-round direct services between Cape Town and London.

As well as the additional peak season flights to the Mother City, it also flies twice daily between London and Johannesburg. There are also three weekly direct services between the UK capital and Durban.